What is A Solar Physicist?

As part of my ongoing written and video series called “What is A…” I contacted Sophie Murray who I met at this years Galway AstroFest and asked if she would like to take part.  I know I keep getting Astrophysicists to talk to but they do specialise in so many areas!  Please read on….

How long have you been an Solar Physicist, please tell us about the field you specialise in? (Space Weather)

I graduated from university with a Bachelor’s degree in Astrophysics back in 2007, and I finally completed my official education after a Masters and PhD at the end of 2012. Since then I have been working as a space weather scientist. I am currently a Research Fellow at Trinity College Dublin and Visiting Research Fellow at Dublin Institute for Advanced Studies. 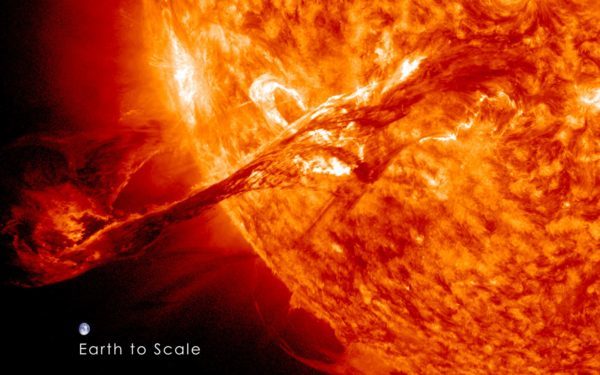 Eruptions of particles, radiation, and hot gas from the Sun can impact the Earth via a phenomenon known as space weather, and its most recognisable impact is probably the aurora, the spectacular colourful light display in the polar night skies. Solar eruptions can also potentially disrupt technologies on Earth such as global navigation systems and radio communications, damage power grids and spacecraft instrumentation, and cause increased radiation dosages to astronauts. Forecasts of these type of events have become important for a variety of people worldwide in science, industry, government, and even the general public when aurora hunting! 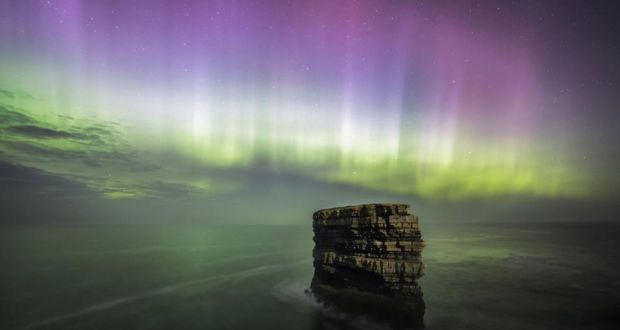 Why did you pick this particular field of study?

When I was in my final year of my college degree I got to work on a space weather research project. I built a radio antenna that detected radio waves from the Sun! I absolutely loved the practical aspects of the project, and I was drawn to this area of research because the work I do is used for forecasting purposes, of societal benefit.

We still don’t fully understand a lot about the physics of the Sun and solar eruptions so it is really interesting to work in such an emerging research community still uncovering new exciting discoveries. Space weather also combines research from lots of different fields, such as solar physics, heliophysics, atmospheric physics, geophysics, weather science, and even data science. I get to work with scientists from lots of different disciplines who would never normally work with each other!

What did you want to be when you were younger?

I have always been fascinated with space even from a young age. Even remember visiting NASA Kennedy Space Center as a child and thinking all the rockets were really cool. I also really liked maths and physics in school and I always wanted to work in something ‘space related’. More than likely I probably wanted to work for NASA! When I learned about space weather as a college student it steered my career path in that direction.

Why would you suggest Astrophysics as a job for me?

It’s a very dynamic career, I’m always doing something different everyday. Space weather is just one of many fascinating subjects in astrophysics that you can study! But even working in the space industry in general is really interesting and there are so many other careers related to space out there, like astrobiology and chemistry, aeronautical engineering, and communication technology. Even astronauts can have many different backgrounds like pilots, doctors, and scientists. The important thing is to choose a career that interests you and you can always change your mind along the way!

What qualifications did you need?  Where did you study?

To be a research scientist you’ll need at least a college degree. For the Leaving Cert I studied English, Irish, Maths, German, Physics, Chemistry, and Geography in my hometown of Naas in Kildare. Unfortunately Applied Maths was not offered at my school, otherwise I definitely would have taken that too.

Maths was always my favourite subject at school. I think a combination of my aptitude for maths and physics and love of all things space influenced me to study astrophysics in university. It was then I  completed a BA in Physics and Astrophysics at Trinity College Dublin, then an MSc in Space Science at University College London. Finally, I returned to TCD to undertake a PhD in Solar Physics, which gave me the skills to specialise in space weather research.

While all aspects of my education have been useful to learn more space science in general, I learned the advanced analytical skills needed to research independently during my PhD. Computational and communication skills also proved to be a lot more important than I ever thought possible!

Who would be your hero?  Who would you be excited to meet in your field?

I don’t know if I really have any specific heroes as my field is so wide. As a child I thought anyone working in mission control in any sci-fi movie or at NASA was pretty amazing! I’m now lucky enough to work with some brilliant scientists from around the world. Thinking about historical figures, Annie Maunder would have been cool to meet. She made really important discoveries about the nature of sunspots on the surface of the Sun using telescopes in the late 19th/early 20th century, and was Irish!

What’s a typical day at work for you?

This can vary quite widely depending on whats in my schedule. A normal research day at the office would probably consist of computer work, for example computer programming and data analysis of satellite observations. That analysis work may lead towards writing a scientific paper, usually with other collaborators worldwide (which means lots of meetings in person and online!). If there is an upcoming deadline I will spend time writing reports or proposals instead of coding. I might also need to prep for an upcoming conference, at which I would be convening sessions and presenting my recent work. I undertake a lot of dissemination and outreach activities too so I might also have to prepare slides for a public talk. If it is term time you might find me in the lab supervising undergrad physics experiments! 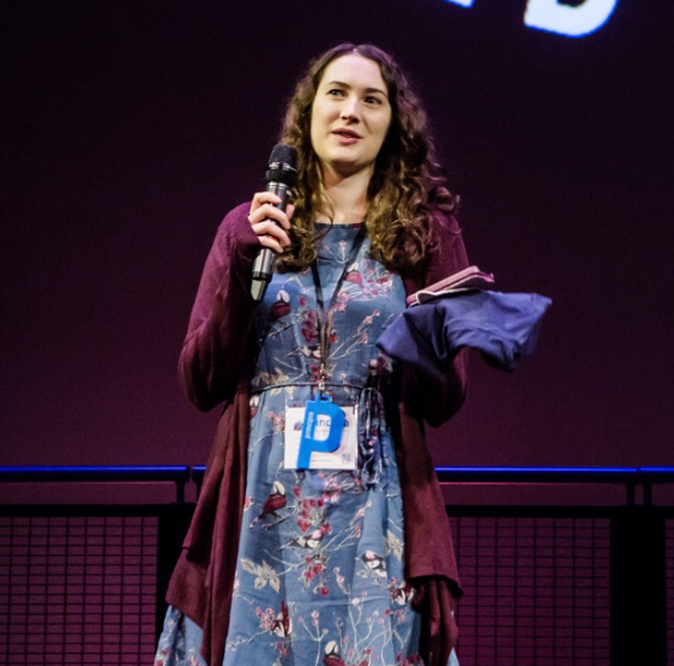 Presenting awards to some brilliant primary school students at the Astro Science Challenge Award Ceremony at the Science Museum in London.

What has been the “best day” at your job?

That’s a tough one since my work is so varied! I have gotten to work on some really interesting research projects over the years, but one day that stands out was actually an outreach event. I got to participate in events at the Science Museum London surrounding ESA astronaut Tim Peake’s trip to the International Space Station. That was a really fun day!

How did you end up working at TCD?

I had been working in the UK as a scientist at the Met Office (the national weather service there) for a number of years, and then decided to move back to Ireland. There is only one group in Ireland that researches solar physics and space weather so it was a natural decision for me return here. Having completed my BA and PhD at TCD, I was already well acquainted with the research group, and I was lucky that there was EU funding available for me to work on two projects there at the time. Now I lead my own projects which are funded by Irish Research Council, Science Foundation Ireland, and the European Office of Aerospace Research and Development. Much of the work for scientists comes in the form of research grants from national governments, the EU, and international collaborations. 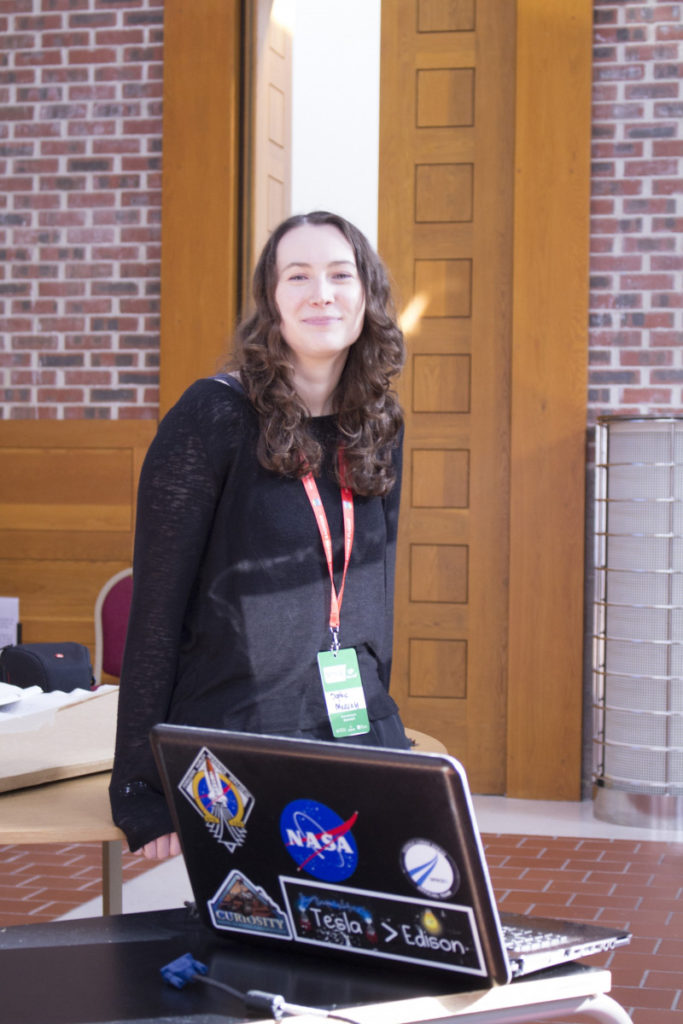 What’s coming up next for you?

Well term time is over here so no more teaching for the summer! Lots of travel ahead for me though, such as attending a meeting to discuss the new ESA spacecraft Solar Orbiter in London in June, a computer programming conference for astrophysicists in the USA in July, and a space weather forecasting meeting I’m helping organise in the Netherlands in September. I’m finishing up my current research project at the moment, in which I used techniques created by weather forecasters help space weather forecasts. I’ll be starting a new project in October, which will be really interesting as I’ll get to use artificial intelligence techniques to predict solar eruptions! 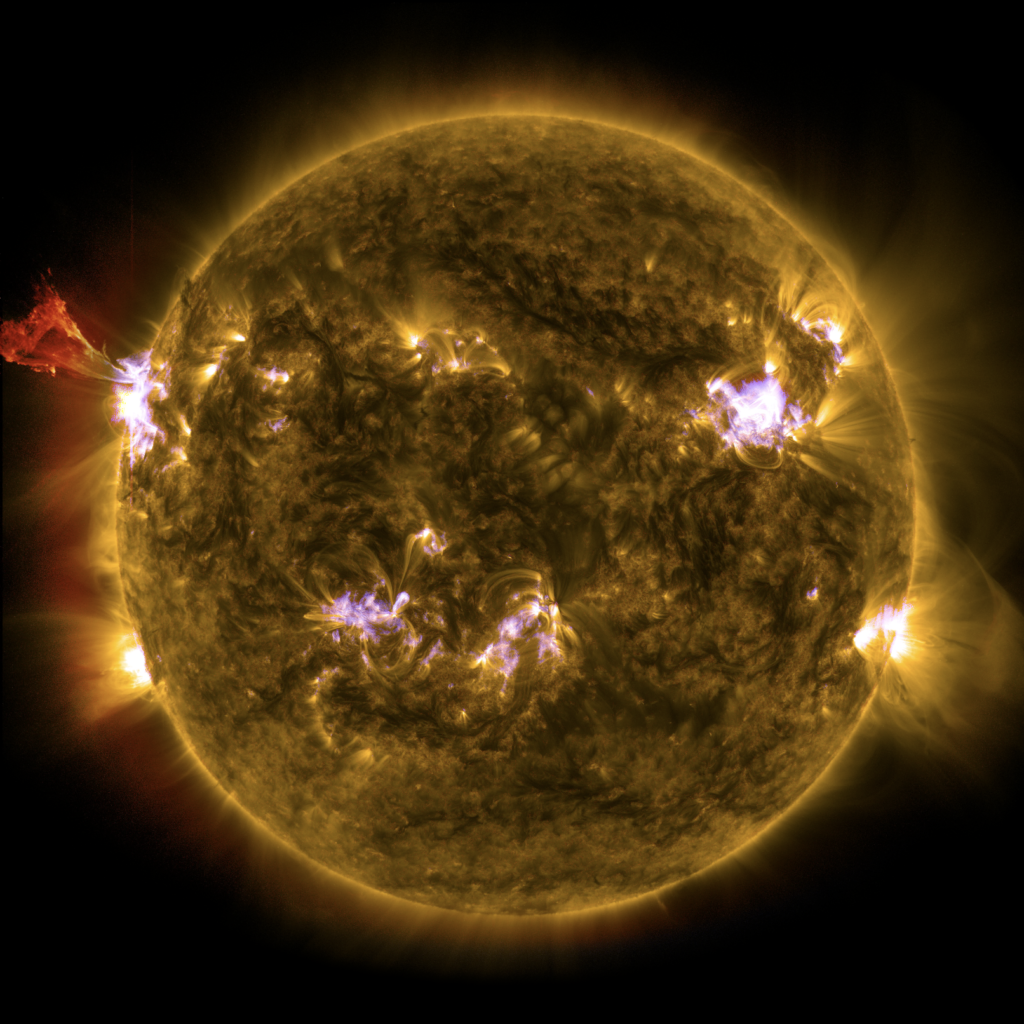 Wow!  Fascinating information from Sophie there!  The more I look into all of these different jobs the more I see what makes people want to do them.  We are so lucky these days that we have the technology to do it too.  Thank you Sophie for telling us all about what you do.

Have you got a job that you would like me to learn more about?  If so, please let me know by emailing hello@ciarasjourney.com and I will do my best to reach out and find someone who can help!  Please read, comment and share! Thank you