Last week I went to the Cool Planet Experience in Powerscourt, Co. Wicklow. When we went in, one of the first things we (myself and my Mum) saw was….. a giant pufferfish made out of recycled materials found on a beach. For example the spikes on the pufferfish were made of plastic bottles. 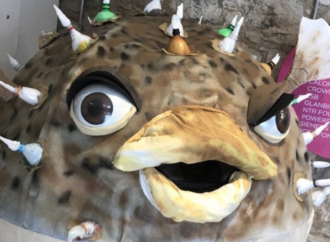 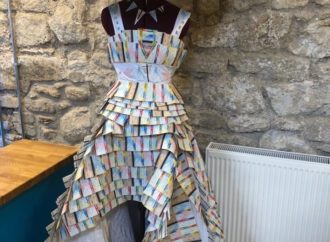 Then we saw a beautiful dress and shoes made from train tickets that the designer had collected for a competition.  We then got our ‘agent ID’. It’s a bracelet that is programmed with your Carbon Footprint that you upload at the beginning of the 1 hour tour and its uses that information to explain how you can improve your footprint as well.. Really shocking- it looked like I couldn’t do ANYTHING right.

Then we started the tour.  We were the only people on the tour which is strange because they usually have massive groups, school tours etc, etc. The first room we were in showed us a video of several different things happening in the world such as Trump saying Climate Change is a scam, plastic in rivers, a bird cut open to reveal how much plastic it had eaten before it died, the list goes on. I am not ashamed to say that I came out off that room a little shaken. 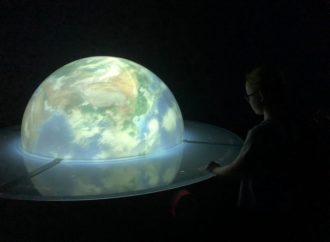 The next room we entered had this large interactive dome of the Earth showing us the impact of our carbon footprint.  It showed us how much flying and driving cars had an impact on the climate.  It was all a little depressing how much damage we are doing.

Then another video talking about things we would need to remember for a quiz later on in the tour. We went upstairs and it was MINI-GAME TIME!!!!! We had to improve a cities transport, waste and energy by playing 9 mini-games. I think personally between myself and my Mum we have sufficiently changed that city for the better. 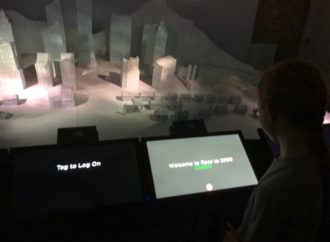 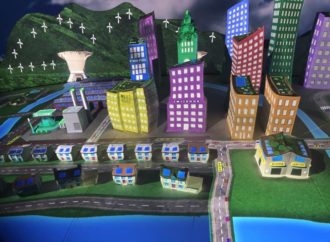 Next it was quiz time!  First we had to pick a team name and selected The Climate Changers and then we had to stand on A, B or C to answer multiple choice questions about what we learned earlier.  We got 300 which sounds a lot but isn’t considering that each question was worth 100.

Finally into the last room where we made pledges to save trees. Between us we saved over 300 trees. My Mums tree level was way to high even after she pledged to change some things. Way up there in the red. But me? I was very low down. In the grey. 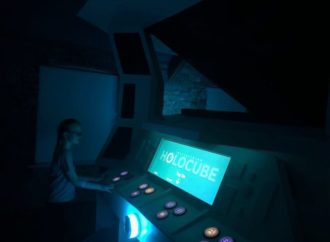 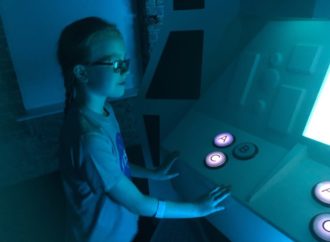 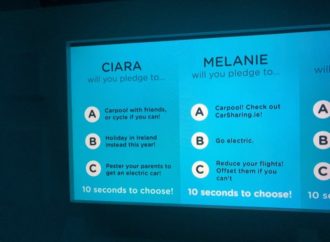 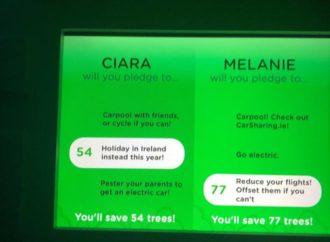 One of my decisions

If you’re ever in the wicklow area, pop in, say hi and tell them Ciaras Journey sent you 🙂