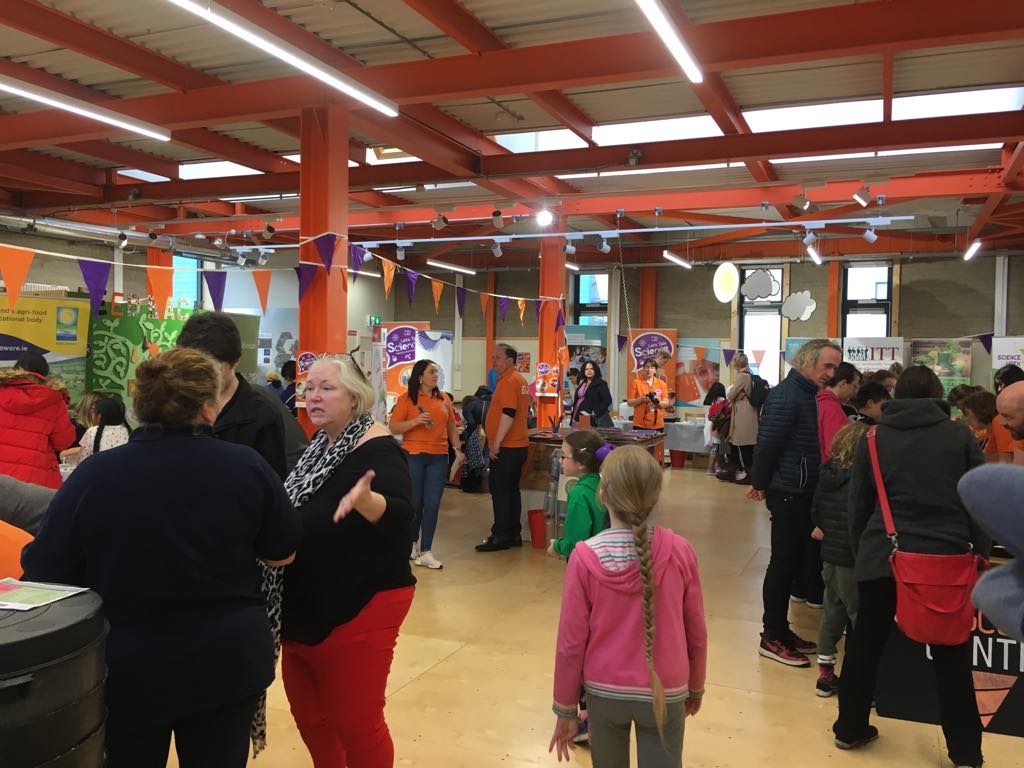 Last week I went to the Rediscovery Centre for the Let’s Talk Science Festival in Ballymun.  The first thing that I noticed was a recycling bin… MADE OUT OF RECYCLED BOTTLES!  I couldn’t believe it. A bin FOR recycling made BY recycling materials. 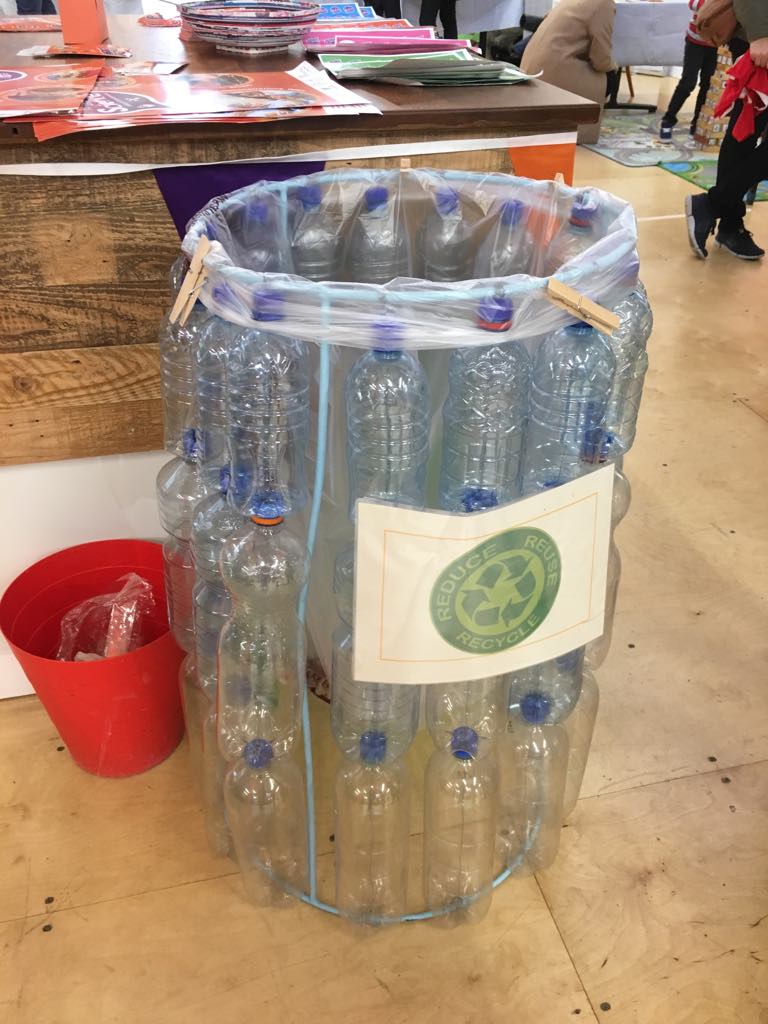 The Rediscovery Centre is the only place in Ireland that recycles and reuses so many parts of it – some you can see, some you can’t!  The longer I looked around the more things I spotted.  We can learn a lot from visiting this building and trying to adapt our own homes to do more to conserve energy. Please watch their video below: 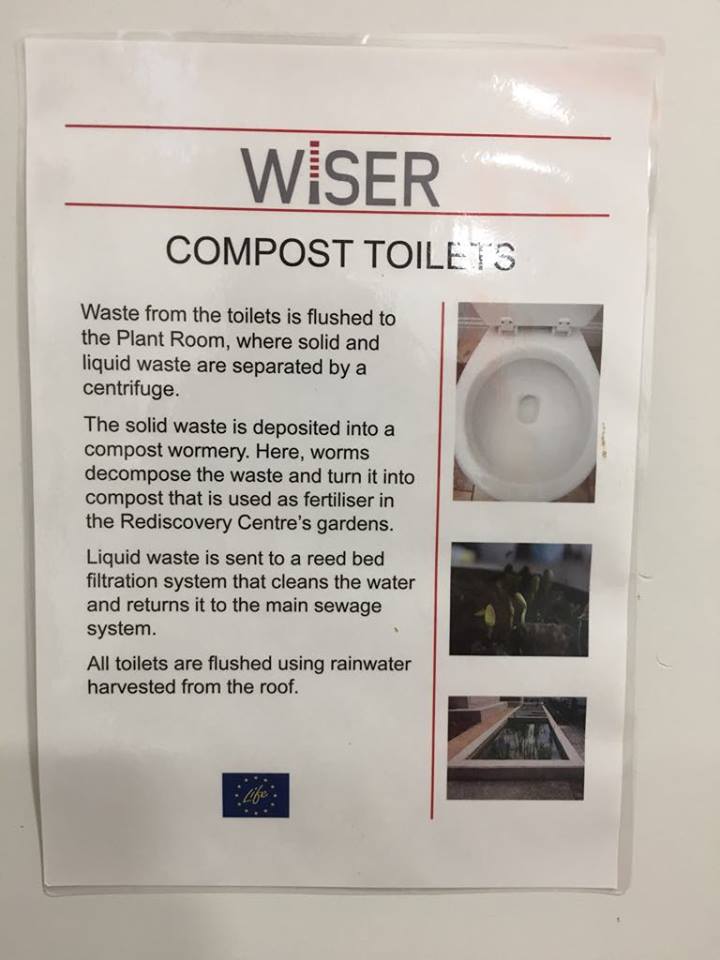 Then I looked all around me.  There was all sorts of stands showing different experiments.  There was experiments like using lemons to light a bulb, lemon volcano, making butter out of fresh cream, smell tests, taste test and loads more. More about these later.

The first table I got to look at was a table about composting.  There was an example of a compost bin on the table.  A woman at the table showed me that the bin could be seperated into different sections.  The top section with brand new banana peels and apple cores and then a couple of sections down the compost almost freshly made.  She works with the Global Action Plan and she looks after a community garden local to Ballymun as well. 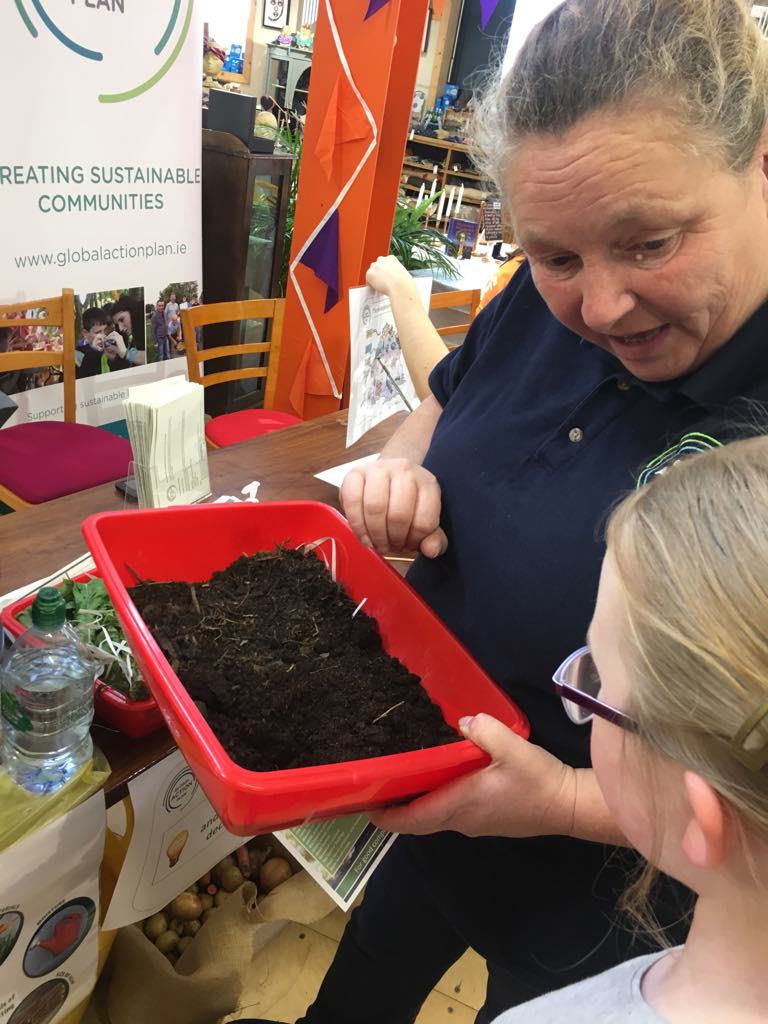 There was also a separate station with a microscope where I had a chance to look under it and see what was crawling around inside compost.  It had tiger worms and centipedes that work through the soil and change it into compost.  It does take quite a while though!

Next there was a station where you can harness a lemons power and power a light bulb!  There was metal stuff like coins and nails sticking into the lemon, with wires to attach them to a bulb which lights up if you do it right.

For this table you could make a volcano using 2 lemons, baking soda [a base], lemon [an acid], craft stick, small bowl, baking sheet and food colouring [for colour]. Mix together and you get a volcano or what is sometimes called Elephants Toothpaste. 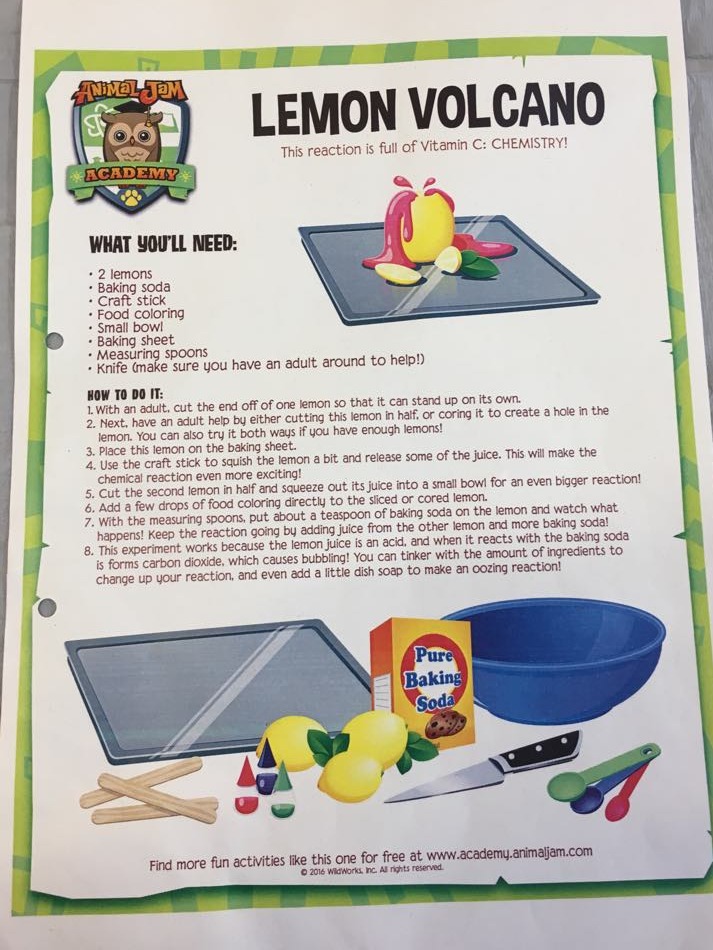 There was a table from Agri Aware called “Incredible Edibles” where you could make butter out of cream.  The lady at the table put some fresh cream in a container with some buttermilk, I shook it really quickly and the end result was butter.  It tastes slightly different than the one you would buy in shops but it tastes really light and airy. 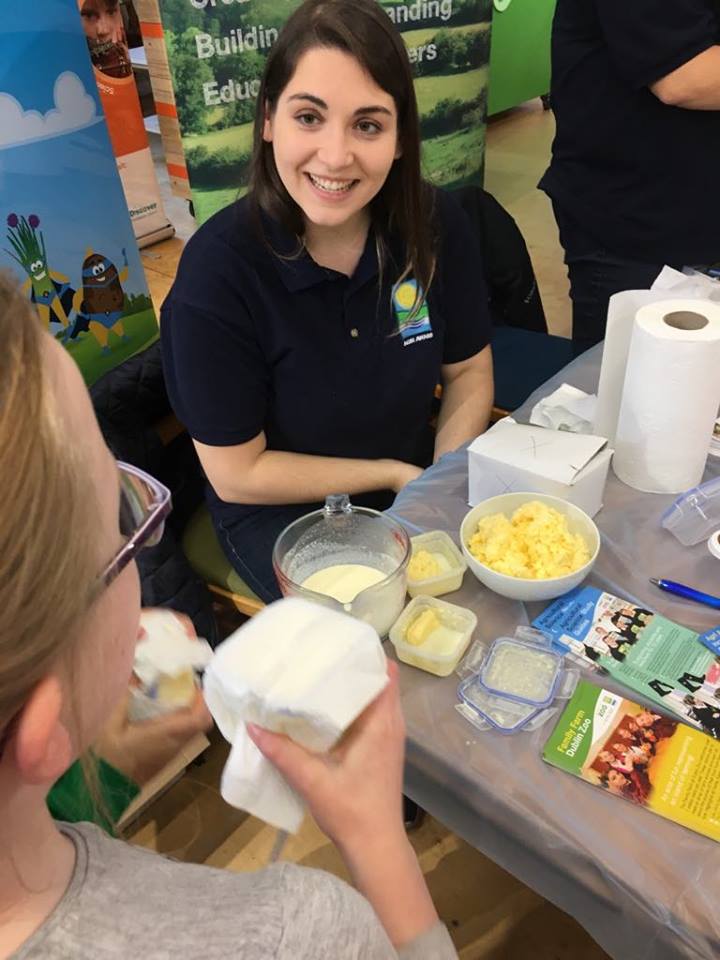 This area was about taste and smell and some touch.  There were area’s where you….

This was a pretty colourful area that I visited next.  The stand is from the Institute of Technology Tallaght. It showed you how natural food colourings can change the colour of your food and some of these were used to colour clothes in the past. 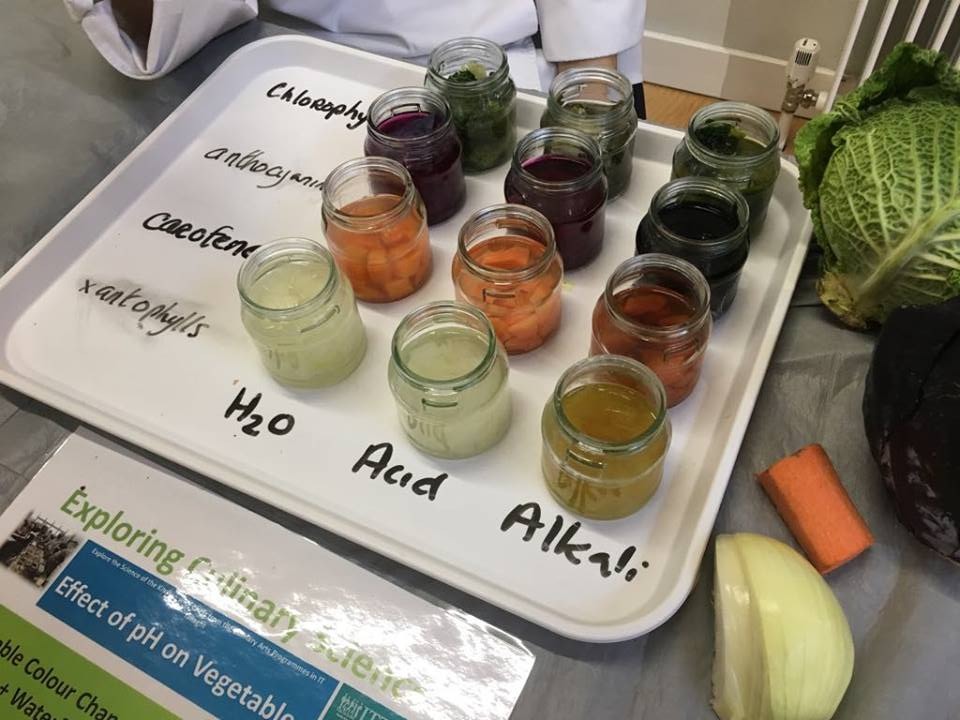 There were some explanations of food science and how mixing ingredients together can create a reaction like this one below: Acid + Alkali + Moisture = CO2. 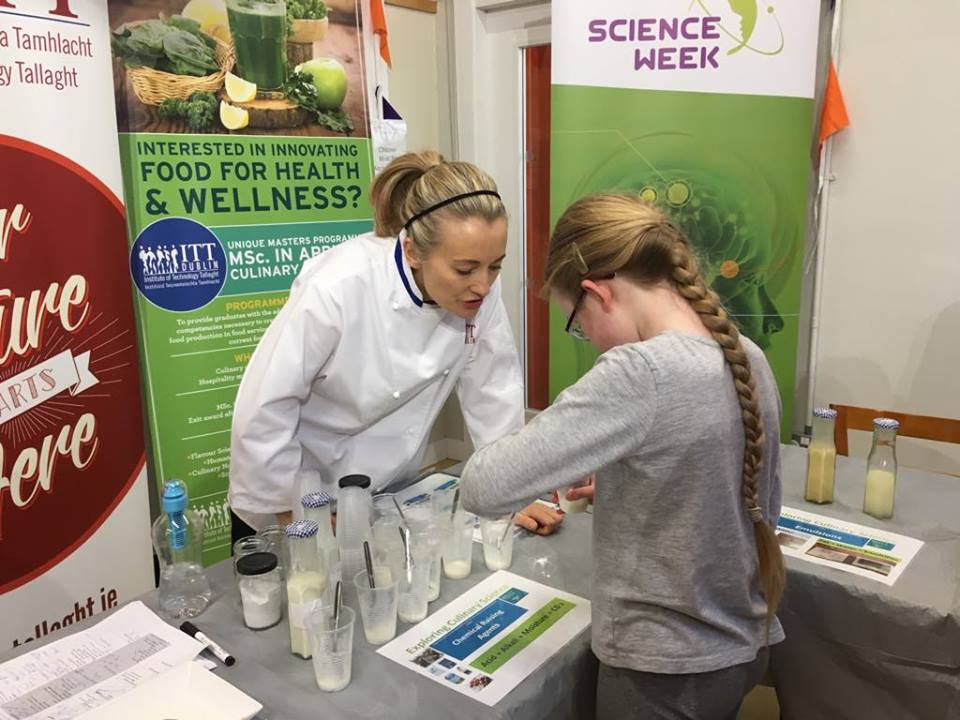 Imaginosity and the Human Body Talk

The talk was downstairs and was about the human body.  There were two presenters, both girls one called Dr Osity and the other Yasmin.  They told us that they were helping a school girl called Yasmin pass her biology exam.  So we started what they called the “pizza exam”.  First of all Yasmin had a bite of pizza and Dr Osity told us how important chewing our food up properly was and after that Yasmin swallowed all of her food.  They then showed us her “stomach” and asked for a volunteer to grind up the pizza.  After a few other examples of our body working together to get the nutrients into our body, it was time for the lungs that pump oxygen into our bodies. There was a model of the lungs breathing in and breathing out.

The last thing was the brain which tells our bodies to breath, to sleep, to digest and much more. Basically it’s the boss and the rest of the body is a big team working together to get energy, fibre, iron and many other nutrients in our body to help us grow, learn and get active.  To sum up the overall atmosphere it would be F.E.H., Fun, Educational and Hands on.  It was absolutely brilliant and if you get a chance to go to it next year please do. 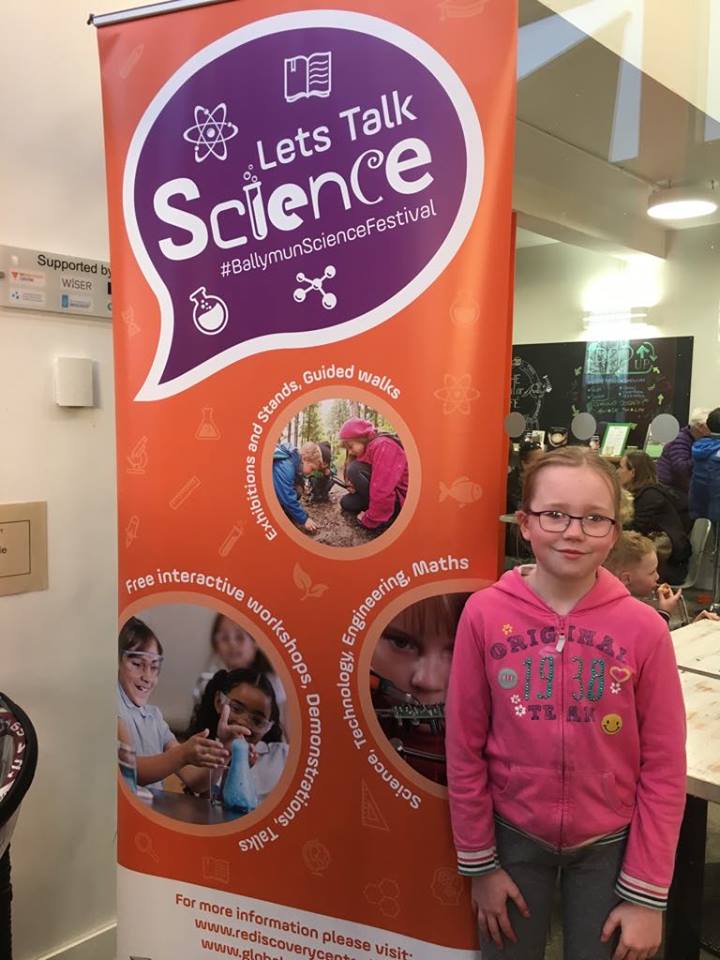