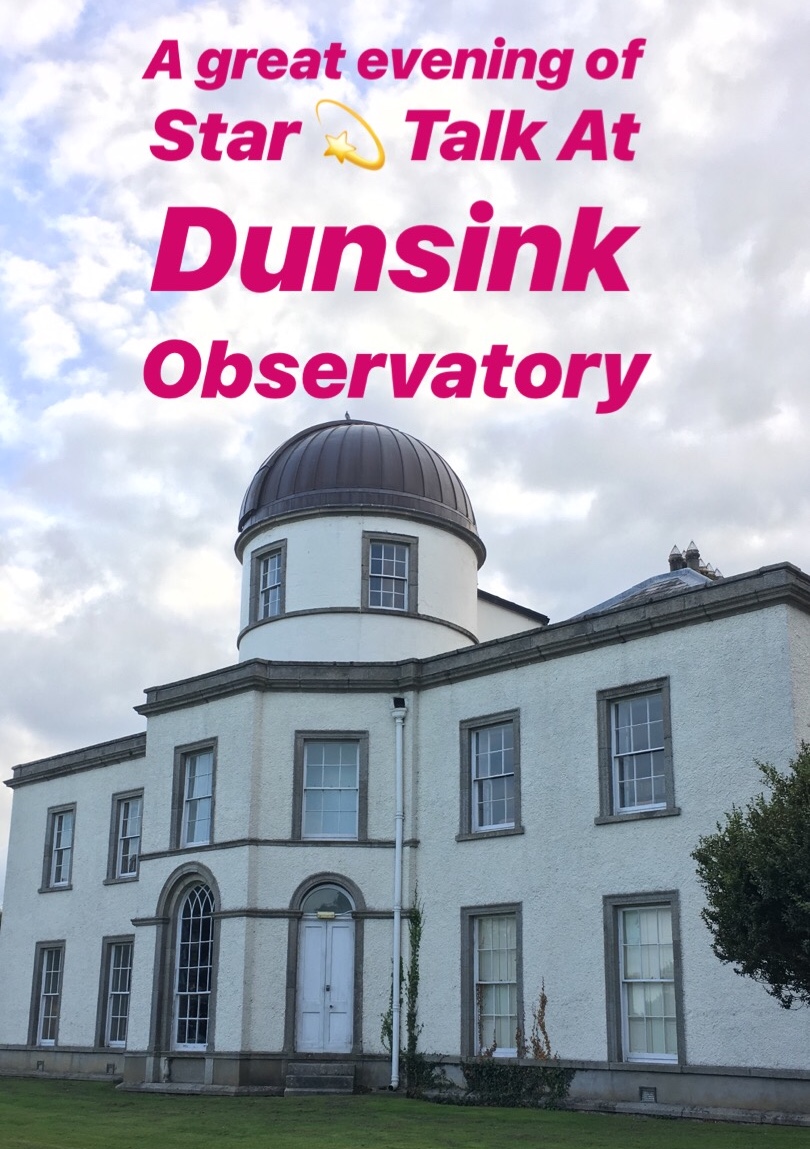 I am so excited to share the time I had at Dunsink Observatory yesterday! This was my first visit to an observatory in the Republic of Ireland (after Armagh) and I couldn’t believe how interesting and close it was!  The event was introduced by Mark the Science Guy who used to be a professional footballer who only gave up last year to follow in his dream career as a Scientist.  He told us his story of whilst he was in a football match last year he caught sight of the Moon and stopped in his tracks!  He felt it was time for a change of career afterwards.  Check out the link above and learn more about Mark.  The main speaker of the talk which was specifically about the Sky at Night in Autumn was from Ray Butler (astronomy lecturer at NUI Galway) but he also spoke a lot about the other seasons as well. He spoke about Comets, visable planets and galaxies (you can actually see 2 in the sky! The Triangulum Spiral and the Andromeda Galaxy are our 2 largest neighbours. 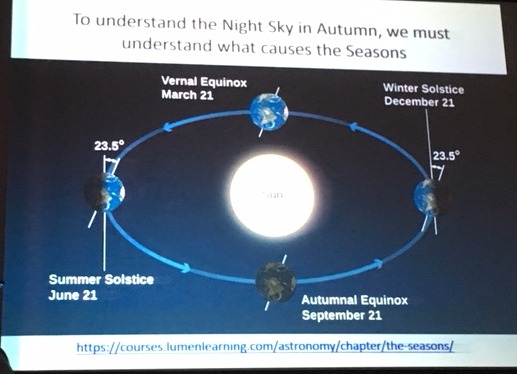 In this photo Ray was saying that as the Earth is tilted, unless you are on the Equator you only get to see a certain amount of sky as the planet goes around the Sun.  During the Summer months in Ireland we had a rare treat of potentially seeing Mars at its closest in 15 years as it came towards the Sun.  Sadly the weather was bad here in Mullinagr so we missed the best days!  If you spotted the planet then it may have been a slightly orange-yellow colour instead of red. This was because the planet has had a full planet dust storm since May this year!

Not only did Ray tell us about what to see but also about places that would help us see things in the night sky! One of the most useful websites is http://www.seasky.org/sky.html Please visit the Calendar of Celestial Events! 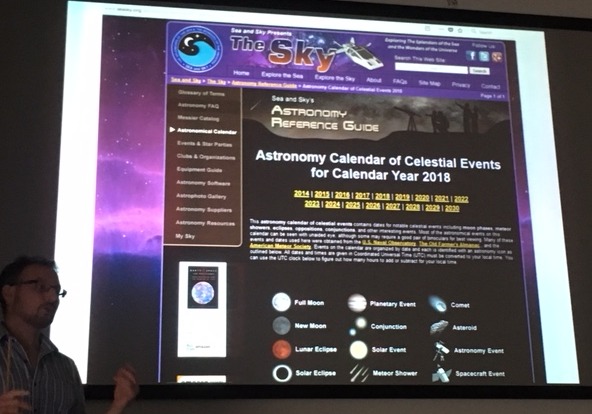 I found his talk about the upcoming visit of Comet Wirtanen in December really interesting. It will be visable by eye around December the 12th and apparently is as close as 30 lunar distances from Earth.  As the comet is visable from this side of the Earth (Winter) we will be able to see it for longer and clearer as we won’t have the Sun in the way! 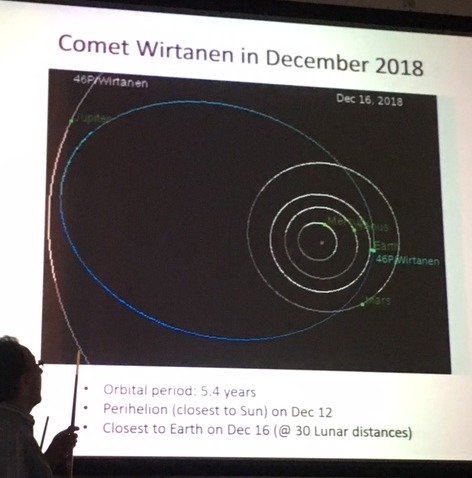 I will definitely be looking up in the sky this Autumn and Winter and will try and get back to Dunsink again for the next completely FREE and frequently booked out event as this was brilliant.  Mark the Science Guy who also works at Science Gallery Dublin suggested we check out events coming up at the gallery and the very soon to be opened Explorium in Dublin – you heard it here first!

Thanks for reading my blog and please send any comments to me and share this blog to your friends!