Last year was an extremely exciting year and this next year is hopefully going to be even more exciting one. This blog is all about what I did last year and what’s coming up.

The very first thing I did last year was speak with Gerry Kelly on LMFM. I still can hardly believe I spoke on the radio! We talked all about my Journey so far, as in places I’ve been and people I’ve met. It was extremely exciting! 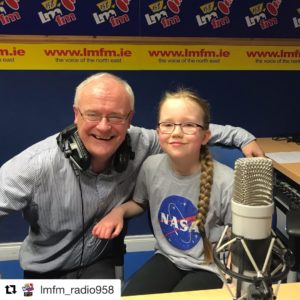 Gerry Kelly Interviewed me on LMFM

Last year I also did several interviews with people who have jobs in science. I spoke to Astrophysicists, Planetary Scientists, Biomedical Engineers and more. Some names I spoke/wrote to are Joby Hollis, Eric Mumper, Franco Vazza, Roy Alexander and Dakota Holmes. I didn’t get to speak to all of them unfortunately (I sent questions and they sent answers) but it was fascinating and quite informative. I still personally have no idea what job I want to have (there are soooo many different areas, areas inside the areas and areas inside those areas) but I am sure that I will learn more about every aspect of science until I do.

I attended the BT Young Scientist for the third time as well. I love going and seeing all the different, cool, crazy experiments. Some of them are questions that everyone asks and some of them were things I would never think of in a million years! There’s always something interesting in the back of the hall with things like Star Dome and Walk like a Dinosaur. Check out my previous blog all about the BT Young Scientist HERE. 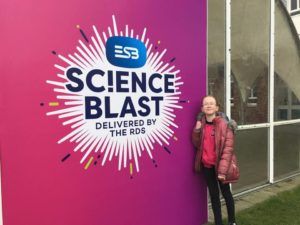 The guys from ESB Science Blast gave me a Press Pass

Now, another very exciting thing was when I was invited to go to the ESB Science Blast with my first ever Press Pass! When I went to it I was reminded very distinctly of the BT Young Scientist. It had experiments, interesting and educational stands and had an incredible, buzzing atmosphere. I enjoyed talking to some of the kids there about their experiments and checking out the stalls. One company called Go Fly Your Kite asked me to review their product. More on that in a minute. I also met Oort Kuiper, a rapper/ scientist. He did his show, I walked up to him and said “The Oort Cloud and the Kuiper Belt?” and he said “Yes, you’re the first person who understands that!” He was really nice and a great rapper/ hip-hop artist. Link to his channel HERE.

A couple of days later I did the product review for Go Fly Your Kite. I did a kind of unboxing video when I unboxed it, built it and flew it. That was great fun. Link to the video HERE. 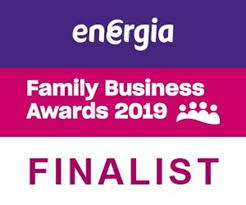 Now probably one of the most exciting things of the entire year was when I was selected as a finalist in the Energia Family Business Awards! I was really excited! I went along to the awards, had a great time, met some really nice people but unfortunately didn’t win anything. There is always this year…..

Yet another event was InspireFest. Talks about all sorts of weird and wonderful things? I had to be there! It was an amazing day. I learnt all sorts of fascinating things. Link to that blog HERE.

During the Summer I went to an amazing summer camp called Designer Minds, a Science, Technology, Engineering, Art and Math camp. Animation, Lego, Minecraft, Photoshop, Microscopes a coke/mento fizz fountain were just parts of this camp which I hope to go to again. To see blog, you guessed it, click HERE.

In July I was given the amazing opportunity to talk to an astronaut. Daniel Tani who flew 4 missions to the International Space station, spoke to me about us celebrating 50 years since the Apollo 11 mission. It was amazing. A bit over my head for some of it, sure, but amazing.

The Cool Planet Experience was another thing I went to. It was informative, interactive and honestly? Shook me up a little. I’ve known climate change is a real thing for a long time but, I didn’t realize the full extent of it. I knew as soon as I walked in and saw a giant pufferfish made from objects found on beaches, that this thing is serious. 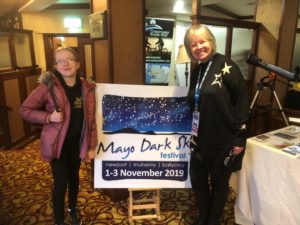 And finally my 6 Days of Science Experiments for Science Week. Brought on by some experiments flashcards, this video series included burning meringues, making butter, quizzing my little sister in words and colours and lots more. Check it out on my Youtube channel HERE.

So what do I have to look forward to this year? First up will be my new video series Fact Finding the Universe. I’m going to BT Young Scientist again this year so look out for that. I’ll continue attending event where I can through the year as well.  As a family we’re going to America to watch Mars 2020 launch from Cape Canaveral. Finally, September this year I’m going to start secondary school. This year is going to be a big year of firsts. But whatever happens this year, I’d like to say, #JoinMeOnMyJourney.